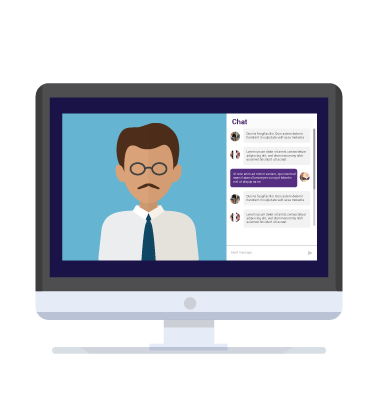 The show must go on!
Rudy Dominguez 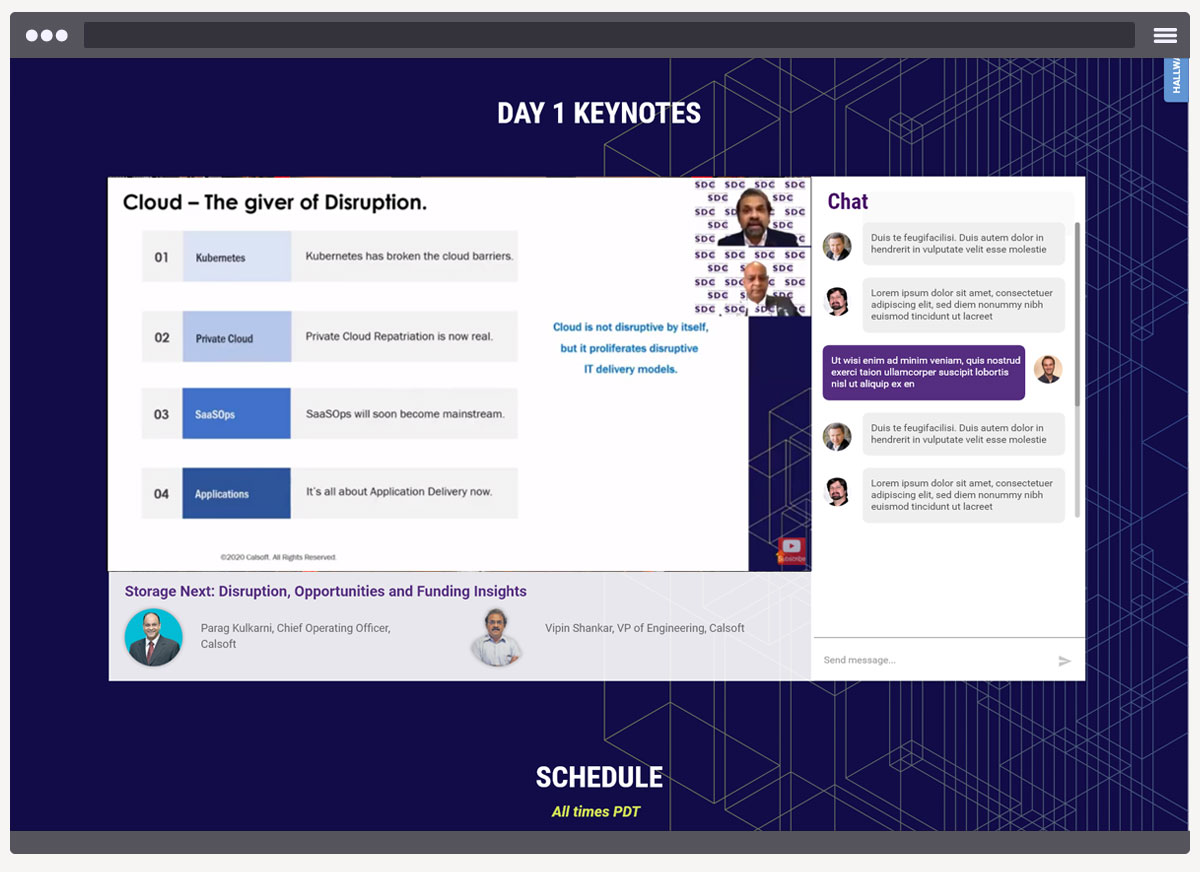 We build a lot of websites. With so much of 2020 being virtual, we were asked to build a virtual conference site. The story about how we built that site is a tale for another day, but one of the standout features of the site was a custom “live” keynote player using pre-recorded videos posted to YouTube. The client wanted to play several keynote speeches sequentially, as a live event on the homepage. Because the keynotes also needed to be available on-demand immediately after, they had to be recorded as individual YouTube videos.

We first looked into YouTube’s Premiere service. It’s a cool idea but it’s basically a scheduler for publishing a recorded video at a certain date and time and not a “live stream” and is tricky to embed on another web page. The keynotes had to play on the conference homepage. Then we thought we could use playlists, but the display of extra YouTube artifacts between videos betrayed the illusion of a live event. It became clear that the only way to fake a “live” stream was to build a custom player on top of YouTube’s embedded player.

In order to simulate a live streamed event, the custom player:

The task was made harder by changes to YouTube’s embedded player. The player only supports auto-play if the audio is initially muted. Another change was that you can no longer turn off the additional viewing suggestions displayed after a video has ended. Also, clicking on the video screen would still pause the video even if the player controls are suppressed.

We needed to create an interface between the custom player and the keynote data containing the “air” date and time, the YouTube video ID, and speaker information. We created custom web services in Drupal that the custom player used to sync itself to the keynote schedule. When the homepage was loaded or reloaded, the player would load the data for the current or next keynote from the web service.

If the “air” date and time was before the current date and time, a countdown clock would appear. Once the clock counted down to zero, the clock would fade out and the keynote video would begin autoplaying. We placed a transparent layer above the player to prevent the keynote from being paused and add an unmute button to the user interface. 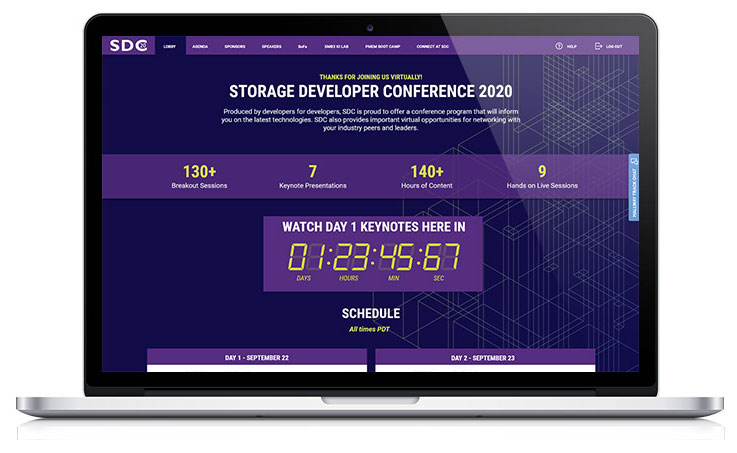 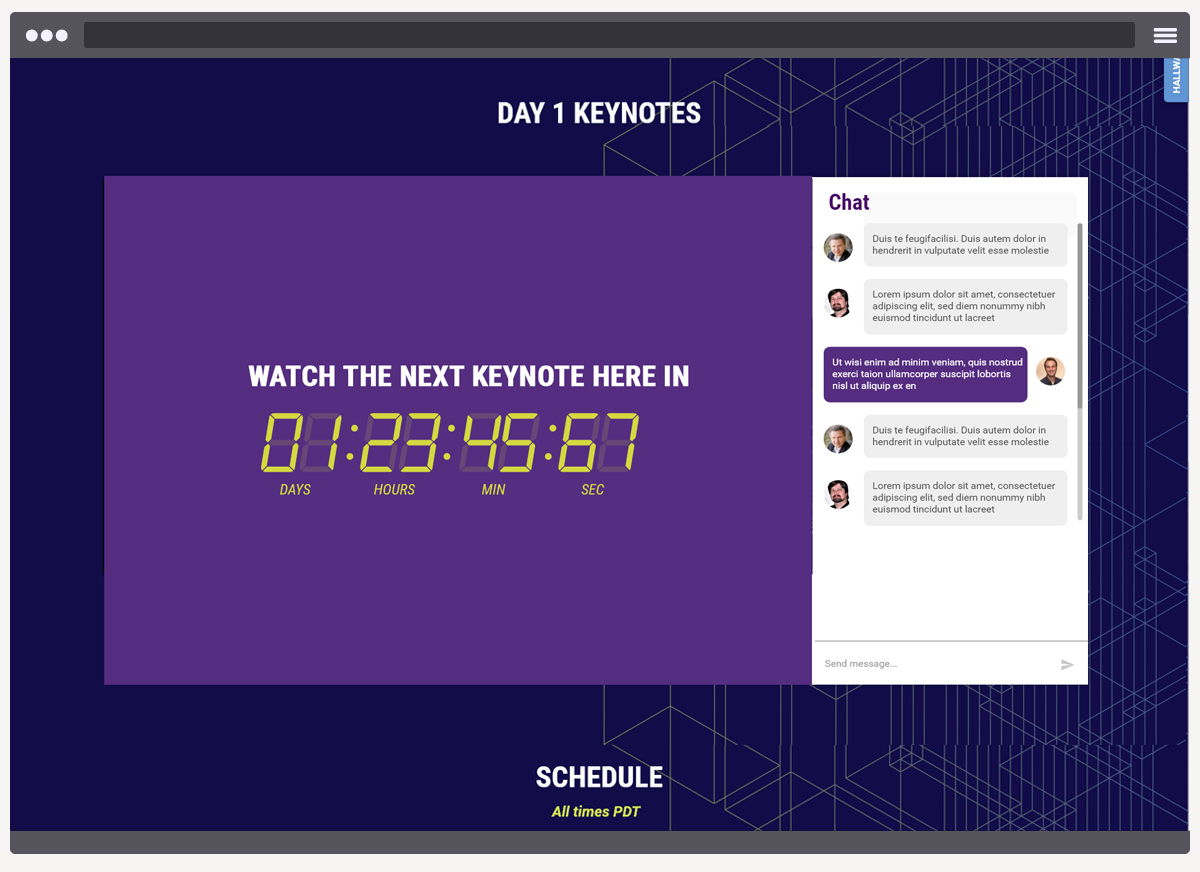 We’d love to say that the keynotes player execution went off without a hitch, but we did experience a few technical issues during the speeches. We quickly dealt with the issues and easily adjusted the start times of the presentations to compensate.

All in all, we’ve created a great feature that we are already using for other events. When another client offhandedly mentioned that they were planning to “fake” a livestream for their virtual gala using Youtube Premier, we were ready to jump in and offer our keynotes player for their event. We were even able to add closed captioning.