How we worked with Cloudamize to produce a compelling video highlighting their cloud services platform.
Rudy Dominguez and Andee Wilcott

We were tasked with creating a video to introduce Cloudamize’s cloud management software to potential customers. They wanted a “fun” and “cool” video that would keep people’s interest, and still promote the high-level features of their software. Here’s the end result:

There are a few crucial tasks in pre-production that pave the way for creating a great video. First was deciding what type of video we were going to make. The Cloudamize team wanted to introduce their cloud management software and highlight the key features of their platform. We decided that an animated “explainer” video with narration was the best approach.

The voiceover and script were key to the success of the video. We collaborated with the Cloudamize team to craft a story that enthusiastically pitched their core service message. Once the script was finalized, we hired a wonderful voiceover actor to breathe life into our words.

Next, it was time to start storyboarding. Though our storyboards were simplified, they provided us with the roadmap for element design and production and helped us determine the visual style for the video:  holographic representations of physical objects. 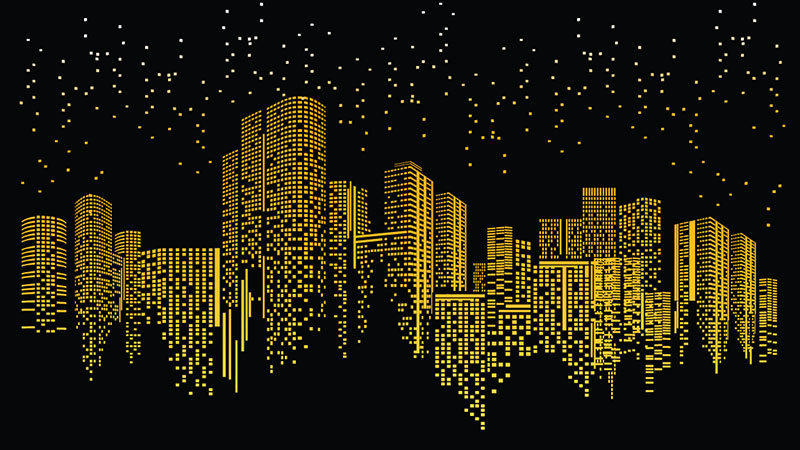 When you’re dealing with an animated video, there’s no such thing as “fixing it in post.” Production is the whole ballgame. Since the voiceover recording determined the timing and pace of the video, we began with the audio track. After purchasing background music, we edited it down to sync with the major movements in the story and help drive the narration.

We then set out to create stylish visual metaphors that would engage the viewer and illustrate the main themes of the script. Each element of the video – the cityscape, servers, clouds and graphs – were all created from 3D models. Using Red Giant’s Trapcode suite of plugins for After Effects, we turned basic  models into ethereal, holographic landscapes. Object animation and camera motion completed the look of the digital environment.

This was by far the most time consuming – and CPU intensive – part of the project. We were creating an entire universe from scratch! Our daily goal was to animate a few seconds of the video, then render the day’s work overnight. (Rendering the video means taking the composition created in After Effects and encoding it into a video format, in this case an MP4 file.)

We also scheduled weekly progress reviews with the Cloudamize team. This helped with goal-setting throughout the long project schedule and offered the client regular opportunities to review, critique, and collaborate along the way, so that there were few changes requested when the video was complete.

We are so grateful for the opportunity to create a fully 3D animated video for Cloudamize and are thrilled with the result. We hope you enjoy it!